The road to Bournemouth pier

In the 60s, we used to go dancing, every Saturday night, at the end of the pier in Bournemouth. We were a huge group mostly of 14–18 year olds.

Even though we weren’t allowed to stay out late, we wanted to rock around the clock.

We were the rock and roll generation.  We didn’t think about our old age, back then.

Why can’t we still dance all night?

But these days, like the rest of the rock and roll generation, I’m getting on a bit. I can’t dance all night. I’m doing the dance to the music of time, wondering when my time will be up and how I can have a great old age.

Talking about my generation — we’re the baby boomers, maybe a bit younger, maybe older: the ones who smile fondly at pictures of the Stones on another world tour.

Are we the ones who sit and wonder where they get the energy from to keep rocking and rolling?

Have you seen how Mick Jagger still struts his stuff? And he’s in his seventies!!

How can the rest of us keep dancing into a great old age?   What’s going to slow down that decline into nursing home blankets?

It’s Strictly about the Dancing

Ballroom dancing was popular with the generation before the rock and roll generation. There was a hugely successful TV programme called Come Dancing in the UK. I remember my parents watching it.

My mother in law loved it too, and she was a great dancer. At 100 years old, she is now busy putting up the average age of mortality in the UK, but she used to go to 3 different dancing clubs each week and went on dancing holidays all round the UK.

Significantly, she kept dancing (strictly ballroom) until well into her old age; until her late 90s. Dancing really helped her keep active, have a great social life and have fun.

Dancing has undergone a big revival with younger generations too. One of the most popular programmes on UK TV now is Strictly Come Dancing (nearly 10 million viewers last week). Celebrities compete on learning different ballroom dances. The programme has spread round the world as Dancing with the Stars — you might have seen it where you live.

The results? Those ballroom dancing classes have never been so crowded.

And other dances draw in the crowds too — salsa classes are still as popular as ever and Zumba is a great way of keeping fit. Pole dancing has its fair share of fans and belly dancing ebbs and flows its way through popularity. Then there’s line dancing, hip hop, folk dancing, Scottish dancing, country dancing, barn dancing, Morris dancing, ballet ….

What’s Top of the longevity Pops?

The younger generation still likes a bit of a bop to keep themselves fit. But for the rock and roll generation, maybe my mother in law and the Stones have got the right idea — we, too, need to keep on rockin’ and a’rollin’.

We used to be out there, dancing in the streets and dancing cheek to cheek. So maybe it’s time we got back out there.

After all, dancing has become top of the pops with scientists interested in aging.

They’ve looked at dancing from all sorts of scientific angles and decided that it’s the best form of exercise to ensure that you live to a grand old age, with loads of energy, a sharp and active mind and having a lot of fun.

And they give you all the scientific reasons why you can dance your way into a great old age. It’s a long list.

Exactly how does dancing make you live longer?

I’m sure I’ve missed a load of reasons why dancing makes you live longer, but here’s a list of 18 reasons that scientists have come up with. I’ve divided them into physical, mental and social benefits.

I’ve given you my take on what they really mean. (It’s only a little bit tongue in cheek.)

Here are the Physical Benefits of regular dancing as you age:

Standing up straight uses the muscles in both your back and your front and might stop your vertebrae collapsing on each other, so you might shrink less as you get older. Plus, it stops a lot of unwanted back ache.

Stops your muscles wasting away which has all sorts of negative consequences and makes you old before your time. (You lose muscle strength from your 30s onwards.) Dancing is especially good for your legs.

If you lose your sense of balance, which you tend to do as you age, you are more likely to fall over, break bones and be hospitalised which generally makes you older faster and can potentially lead to early death. And you can’t stand on the kitchen steps to reach the top cupboard because you might over-balance.

All the twisting and turning strengthens and stretches the bits you don’t usually stretch, so that you can keep on using them to do nasty bits of housework or DIY — eg cleaning the outsides of the windows or painting the ceiling.

You learn how to dance in time to the music, which stops your brain cells declining. Then you can keep on judging how to move your arms and legs at the same time for much longer and without falling over.

Older people may suffer from osteoporosis and break bones more easily — loads of exercise helps stop that. Dirty dancing is just the ticket.

The evidence is not so clear on this one.

Exercise generally is just the thing to keep your heart pumping blood round you nicely. It’s not clear that people dance hard enough to get that effect. Guess it depends what sort of dancing you like doing.

Doesn’t always make you lose weight, but can do, but certainly tones your muscles up which is a great health benefit and you’ll lose inches, which makes you feel better about yourself.

Here are the Mental Benefits of regular dancing as you age:

9 Requires the brain to coordinate steps to music

It’s a challenge for your brain. So, it gets busy making more new cells because it has to work hard. More cells helps prevent cognitive decline.

Moving your feet, your arms and the rest of you in time to the music is hard work and you have to concentrate which is good for the brain — another mental work out.

You have to memorise the sequence of the steps or you’ll tread on your partner’s toes or bump into someone going the other way. Makes your brain grow more cells in the memory departments.

12 Increases the size of the hippocampus

The hippocampus (and other brain bits) is in the memory department, so bigger means you remember more. Plus, it’s used for spatial coordination — so if it’s bigger you might not bump into so many other dancers.

There’s nothing like a good dance to make you feel more cheerful. It can release tension. Seriously, it can help prevent depression.

Here are the Social Benefits of regular dancing as you age:

You can do it on your own at home, eg with your wii, but generally, it takes two to tango.  So, it’s best you go and learn to dance in a class and meet new people.

Loneliness is the new epidemic. Going to classes and dancing with other people means you’re more likely to make friends who you can meet up with even when you’re not dancing.

If you live on your own, you don’t get enough hugs from people — you have to stroke the cat. Dancing means that you get to hold hands with real people (and if you want to, you might get in a smooch).

With increased skill and more social interaction, people become more self-confident. It provides an outlet for the expression of emotions. Brings a feeling of purpose, especially if there is a performance to be worked towards and satisfaction from success.

So, the rock and roll generation already knows what to do. You put a record on the gramophone, or turn on the tele, or download something from iTunes. You keep rockin’ and a ’rolling and dance, dance, dance your heart out.

Or you go to a dance class and get even more satisfaction.

You improve your chances of making new friends, you get fitter, maybe lose a bit of weight. You’ve got more energy. You gain a sense of purpose and it stops you getting lonely.

It doesn’t really matter what the scientists say: you’re too busy having fun, fun, fun, right now — whatever age you are!

Come on, everybody, let’s dance!

Whatever age you are now, to have a great old age, you just put on some rock and roll music, put on your dancing shoes and kee-eep dancing — for a very long time!

So that’s the answer. We still are the rock and roll generation. 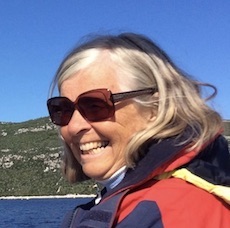 Working out what we can do now to live longer, in better health and have more fun and adventures along the way

This article was first published on Medium

Quiz: How many song titles did you spot in the text? Titles and the answer below

Dancing in the Streets — Martha and the Vandellas (1964) (Check out the version by David Bowie and Mick Jagger too!)

Put on your Dancing Shoes: Cliff Richard and the Shadows (1963)

Keep Dancing: The Chipettes (Alvin and the Chipmunks)